What is Environmental Crime

EXISTING EFFORTS ARE NOT ENOUGH TO COUNTER THE PLANET’S GREATEST MENACE: ENVIRONMENTAL CRIME AND THE ILLEGAL EXPLOITATION OF NATURE

Ranked the world’s fourth largest criminal activity in the world, worth up to USD 258 billion/year, it is time we recognize that environmental/wildlife crime is now orchestrated at the same level of complexity as every other major criminal enterprise, with serious socio-economical and security implications in addition to the irreversible environmental harms caused.

According to UNEP, it is the world’s fourth-largest criminal enterprise after drug smuggling, counterfeiting and human trafficking. The amount of money lost due to environmental crime is 10,000 times greater than the amount of money spent by international agencies on combatting it – just $20-30 million.

For most countries, combating environmental/wildlife crime is unfortunately not a priority and almost always remains overlooked and poorly understood.
Environmental crime enriches international criminal groups and enables corruption to flourish. Fraud, counterfeiting, money-laundering and violence are often found in combination with various forms of environmental/wildlife crime. The risk involved is low compared to other kinds of trafficking, like drugs, but the profits are very high. It’s now clear that environmental crime has wide national and international security implications, but governments tend to see the problem as just an environmental issue.

As INTERPOL notes, the role of independent NGOs and activists remains crucial: “the next big step must be to bridge the divisions that separate law enforcement agencies from the public, the activists, the academics, and the policy makers. If we, the international community, are committed to the conservation of the world’s environment, biodiversity, and natural resources, all five elements must work together in harmony” (INTERPOL, Environmental Crime Programme, 2009). 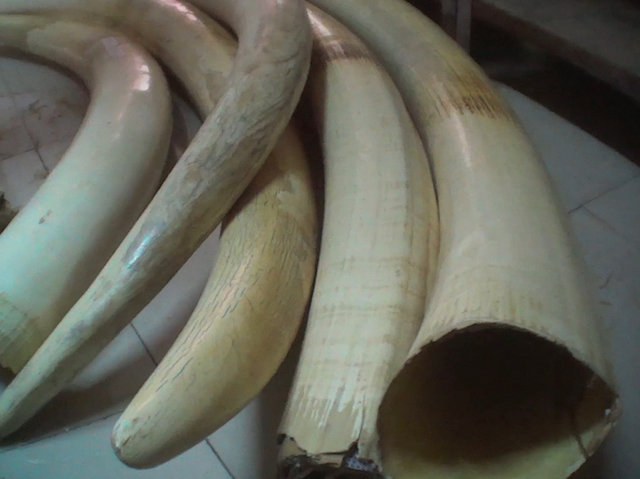 WILDLIFE CRIME is now the most immediate threat to several species including elephants, rhinos, big cats like tigers and lions, apes, pangolins, reptiles and birds, among many others. This illegal trade is driven by demand for ivory, horn, bones, scales and other parts for carving, ornaments, luxury items, traditional Asian medicines, trophies, wild bushmeat and even live animals for pets and zoos.

As stated in the UNODC World Wildlife Crime Report 2020, “wildlife crime affects all countries through its impacts on biodiversity, human health, security and socio-economic development. Stopping the trafficking in wildlife species is a critical step not just to protect biodiversity and the rule of law, but to help prevent future public health emergencies.”

FORESTRY CRIMES, including corporate crimes and illegal logging, is estimated at $50-152 billion per year. Illegal logging creates social conflict with indigenous and local populations and leads to violence, crime, corruption, human exploitation and human rights abuses. It is estimated that some 1.6 billion people worldwide depend on forests for their livelihood and 60 million peoples depend on forests for their subsistence.
But the problems are not just in Africa, Asia or South America. According to various sources, American companies and American workers lose an estimated $1 billion each year due to illegal wood entering U.S. markets. According to the Boston Consulting Group, the estimated total value of the world’s forests is as much as $150 trillion—nearly double the value of global stock markets.

Illegal logging also has a significant Human Toll as it impedes sustainable development in some of the poorest countries of the world. It costs governments billions of dollars, promotes corruption, and funds armed conflict. Finally, forest loss also has implications for climate change.

ILLEGAL, UNREPORTED and UNREGULATED FISHING (IUU) is found in all types and dimensions of fisheries and it occurs both on the high seas and in areas within national jurisdiction. According to the UN Food and Agriculture Organization (FAO), IUU activities are responsible for the loss of 11–26 million tonnes of fish each year, which is estimated to have an economic value of US$10–23 billion. Asia, Africa, and South America together accounted for 85 percent of global catch losses to illegal seafood trade, with the effects most pronounced in Africa and Asia. A study found that ships from just five nations accounted for more than 85 percent of global fishing — China, Spain, Chinese Taipei (Taiwan), Japan, and South Korea.